The Badgers were the first to score, posting 8 points within the first  minutes of the first quarter. Through the second quarter, the teams swapped points. 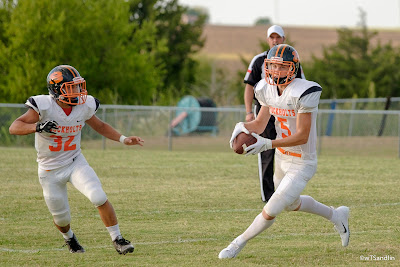 But, the injury plagued Badgers faltered in the second half on the grid iron. Having started the game with three sidelined starters, and adding two more injured players to the bench in the second half, the remaining Badgers ran out of steam and under the "mercy rule", the game was called in favor of Penelope with a score of 94-48 with 6:11 remaining in the 4th quarter.

If the Badgers can recover from injuries and sustain no more, they remain in strong contention for the playoffs.

The Badgers open their at home season this Friday (09-07-18 @ 7PM) against Allen Academy with the Jim Hauk Field new scoreboard! Thanks to Buckholts State Bank and Georgia Pyrtle Crop Insurance for their generous donation of the new scoreboard.